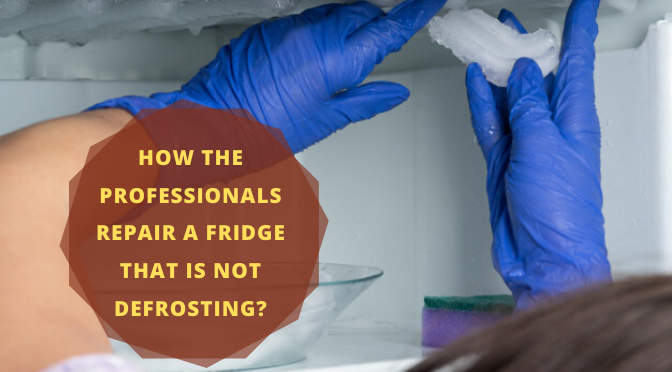 fridge repairs
How the Professionals Repair a Fridge That Is Not Defrosting?
February 15, 2020 admin

Fridges, regardless of the brand they are of, develop issues from time to time. Some of these snags are trivial and are fixed by the users. At times they snowball into major problems, which demand the intervention of the seasoned specialists from reputed companies.

One of the trickier issues for which people summon the techies is the case when their fridge refuses to defrost. This happens to practically every brand of fridge.

Even if you have a fridge from a brand as famous as Maytag, you may be bogged down by this snag. If and when that happens, you need to summon a reputed and authorised professional technician from a renowned house that repairs Maytag fridge. They will take care of the issue and fix it up for you. Indeed, a majority of service calls that we receive at Commercial Fridge Repairs is due to fridges that are refusing to defrost.

Now if you are to find out the root cause behind this issue, there are quite a few of them. Let us discuss them one by one.

A Faulty Defrost Controller Board

However, when it comes to solving this issue, our techies generally would examine the defroster heater as well as the defroster thermostat. If the heater and the thermostat are found working perfectly, then it is undoubtedly the defrost control board, which is the root cause of the glitch. To nab the problem, the board has to be replaced.

A Defrost Timer that Has Been Knocked Out of Order

When our techies are summoned for fridge repairs in Pyrmont, they will check if the timer is defective. For that, they would slowly advance the timer dial well into the time limit of the defrost cycle. Ideally, the compressor should stop, and the heater should start once that is done.

However, if the timer fails to transmit power to the defrost components, or it advances out of the defrost cycle within half an hour or so, this is a clear indicator that the defrost timer cannot advance, and is defective. It’s time to replace it.

The task of the defrost heater assembly is to turn on, to melt away the frost that assembles on the evaporator coil. To do so, it runs and stops several times a day.

A failed defrost sensor is another reason behind this issue of your fridge refusing to defrost. The task of the sensor is to monitor the evaporator temperature. The sensor has a fuse, which acts as an alternative to the sensor, in case it fails.

When the defrost sensor fails, it refuses to shut off the defrost heater, and the fuse will blow up to shut the heater forcibly and prevent any mishap. When that happens, the defrost system stops working, and the refrigerator refuses to defrost. Now that fuse cannot be reset. Once it blows, the entire sensor has to be replaced to fix the problem.

A Glitch in the Main Control Board

This can only be the likely cause if and when every other defrost component is fine, and still, the fridge is not defrosting. But then, when this is the cause, it is accompanied by other symptoms, which the techies diagnose during fridge repairs in Ultimo or in other places, depending upon where you stay.

So you see, this is a tricky issue and only seasoned professionals from a company like Commercial Fridge Repairs, who are authorised and experienced enough to take on Maytag fridge repairs will be able to solve the issue.